Over the years, those working in youth organizing have witnessed the important role their work plays in a young person’s development. These types of programs train young people in community organizing and advocacy and assist them in employing those skills to create meaningful institutional and social change in their communities. They also provide supportive environments for young people to explore their unique identities and interests, develop meaningful relationships with adults and peers, manage group and personal goals, and practice critical life skills. All of these practices have been shown to increase social and emotional learning (SEL) and critical consciousness[1] leading to longer-term impacts areas such as increased civic engagement, career readiness, and academic performance.

Early findings from a study conducted by Algorhythm, the developer of Hello Insight, and supported by the Funders Collaborative on Youth Organizing, show that youth organizing groups offer high-quality, research-based programming that has led to statistically significant growth in self-management and contribution. Impressively, the pilot study showed that young people who participated in organizing programs made more gains in contribution than a control group of peers who participated in more-traditional afterschool programming.

Self-management encompasses young people’s ability to regulate their emotions and behavior, take positive risks, and persist through life’s challenges. Self-management has been correlated with longer-term outcomes such as higher grade-point averages and standardized test scores, fewer suspensions and expulsions, and improved social development.

Positive identity represents an internal sense of self-worth and self-efficacy in young people. This is promoted through an intentional exploration of the various ways in which young people identify themselves. Positive identity is important for young people to feel empowered to make decisions for themselves and develop resilience in the face of challenges. Positive Identity has been correlated with higher confidence and reduced behavioral problems.

Academic self-efficacy encompasses young people’s motivation and perceived mastery over school performance (i.e., academic success) and their general sense of belief in their potential to attain academic success lends itself to higher grade point averages and standardized test scores, fewer suspensions and expulsions, and longer-term gains in skills to identify, attain, and maintain a career.

Critical Consciousness has been associated with a host of desirable individual-level outcomes among marginalized people, such as healthier sexual decision-making among South African youth of color, mental health among urban adolescents, academic achievement and engagement among urban African American and Puerto Rican youth, political participation among poor and working-class youth, positive career outcomes among female survivors of domestic violence, engagement with one’s future career among urban and poor or working-class youth of color, and, when measured during adolescence, the attainment of higher-paying and more prestigious occupations in early adulthood (Diemer, 2014).

Young people in organizing group were also making significant gains in social-political participation, one of three key elements of critical consciousness that provides an “antidote” to the deleterious effects of structural oppression, in that the critical analysis of societal inequalities and participation in action to change inequity unlocks the individual and collective human agency that is constrained by sociopolitical inequities.[2]

How were youth organizing groups achieving these outcomes?

Young people in organizing groups had significantly more high-quality, research-based experiences than their peers in more traditional programming. When compared to the control group, young people participating in youth organizing reported significantly higher rates of experiences that lead to increased SEL and positive youth development. The terms Hello Insight uses for these experiences, which we recommend in Hello Insight: Youth Leadership and Action, are Prioritizing Young People, Goal Management, and Peer-to-Peer Engagement.

Prioritizing Young People is when staff take the time to build quality relationships with young people, placing their interests and experiences at the center of the work. Building these types of relationships has been shown to increase a wide range of positive outcomes for young people, most importantly SEL.[3]

Young organizers also reported much higher rates of Peer-to-Peer Engagement, another key contributor to growth in SEL and positive youth development, which involves learning about people from different backgrounds, working with other young people to solve problems, and feeling part of a group or a team.

Youth organizing groups were also uniquely positioned to teach young people strategies that helped them turn their dreams into reality. As young people work on actions and campaigns, they set and manage goals, break down big goals into smaller tasks and steps, and reflect on their challenges and success, adjusting goals as necessary. This set of activities, otherwise known as Goal Management, has been shown to promote long-term thriving. 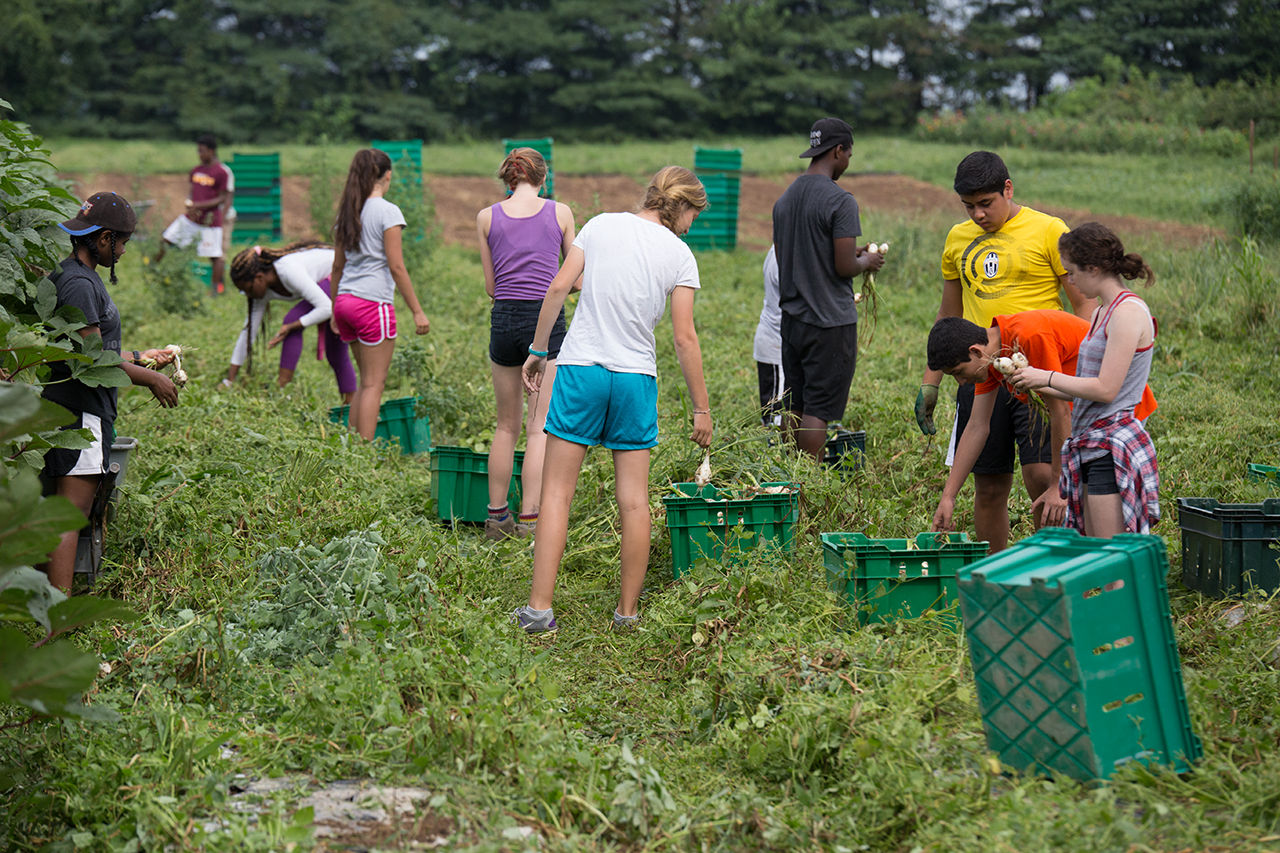 In the youth development program, Food for Thought, young people are planting the seeds for their own growth. Through working on organic farms, along with community service projects, youth philanthropy, 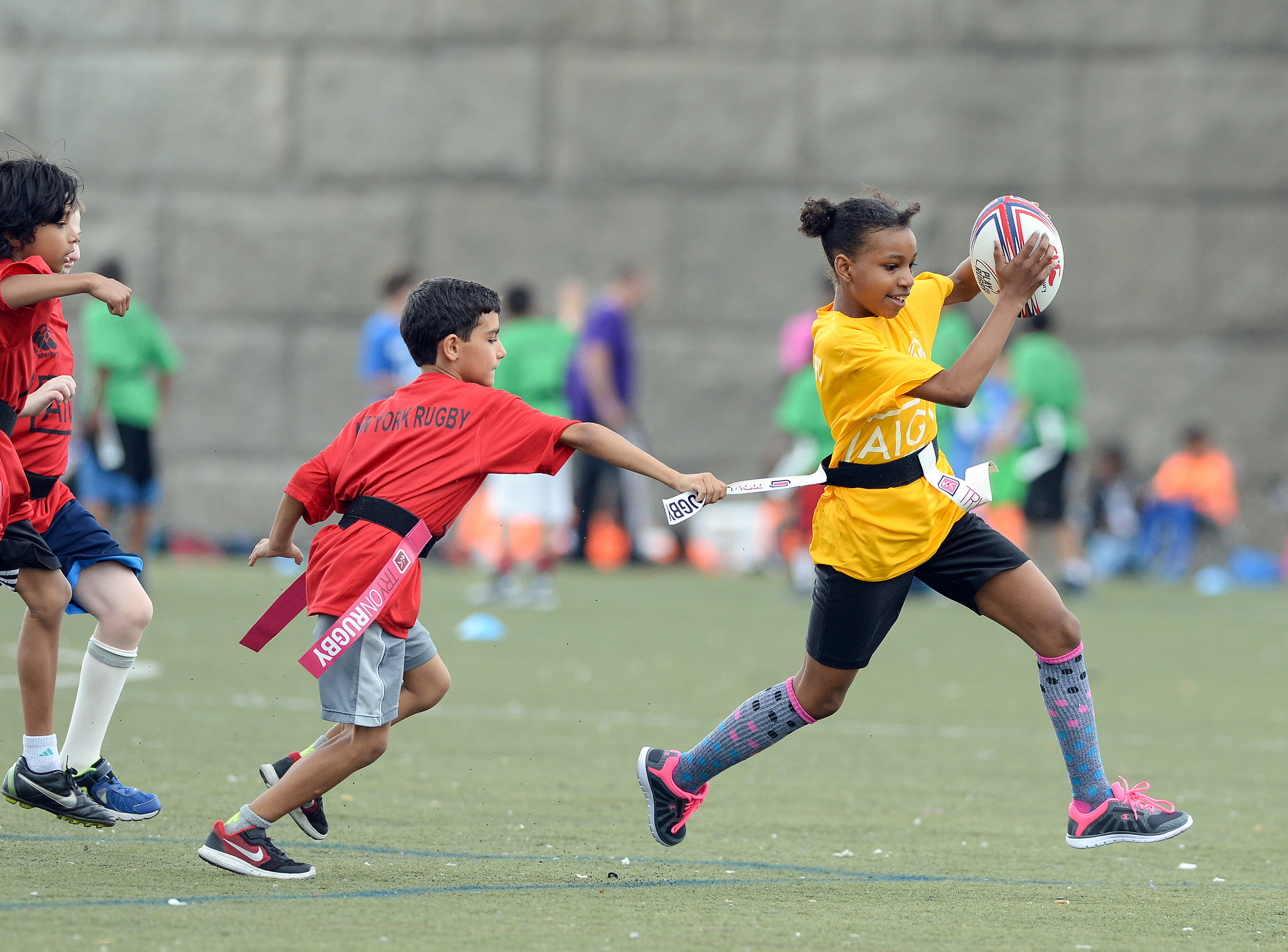 Through rugby, young people can build strong team collaboration skills. Many people did not know that young people in New York City love the game of rugby, but one group,